After the NIC reversal, a significant cut in the 'jobs tax' would help small business 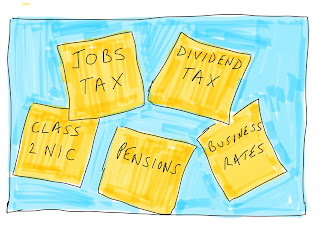 The recent U turn by this government, reversing the proposed increase in Class 4 National Insurance Contributions for the self employed is very welcome. It followed a storm of protest from all political persuasions after the Chancellor's Budget announcement. The climbdown was due, not least, to the fact that it went back on the Tories manifesto commitment not to increase VAT, Income Tax or National Insurance. It was a change made reluctantly, with the Chancellor insisting that the increase was 'fair' but not in the spirit of their manifesto commitment.

There is more bad news on the horizon for the smallest of small businesses with the removal of Class 2 National Insurance Contributions. To maintain their entitlement to a State Pension many small business owners will need to make voluntary NI contributions which will be significantly more costly than in the previous system.

So how can the government really help and show their business-friendly credentials? Well it is unlikely that they will reverse the regressive dividend tax or changes to the VAT flat rate scheme so we won't go there. We are also stuck with the increased burden and cost of pensions auto enrolment. The rates revaluation is underway and there will clearly be winners and losers and more uncertainty for many small businesses.

The best idea I have heard for a real 'leg up' for small business was proposed from an unlikely source in the run up to the last General Election. The Scottish National Party proposed an increase in the Employment Allowance, then £2,000 per annum, to £6,000 per annum. This so called 'jobs tax' costs employers 14% of an employee's wage cost above the NI threshold. Increasing the employment allowance significantly above the current level of £3,000 is a radical idea and in my view one with a great deal of merit. Unlike cuts in corporation tax which benefit larger businesses disproportionately, the SNP's own figures suggested that 95% of the employment allowance increase would go to small business. It would reduce the cost of taking on employees and increase competitiveness.

It would be nice to see a coherent strategy for small business which includes a fair tax system which encourages growth, investment and entrepreneurship. The most recent changes seem to be more about filling up the Chancellor's depleted coffers from small business owners who have been inclined to shrug, roll up their sleeves and get on with things. Maybe the NIC U turn will be the start of a small business fightback and show that we are not a soft touch any more. A significant increase in the employment allowance would be a step in the right direction for this government to show they really want to support growing small businesses.

www.base52.co.uk
Posted by The Business Accountant at 08:14 No comments: 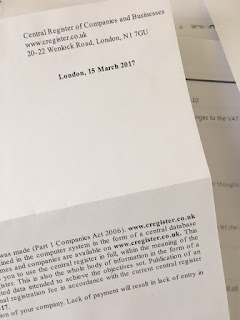 I was just nipping out to lunch and stumbled on 3 very similar envelopes in the post relating to companies we have recently formed.

All the letters are slightly different but purport to be from the 'Central Register of Companies and Businesses' or 'National Register...'. They are addressed from 'London, 15 March 2017

They all give a (different) website address and request a payment of roundabout £200 (they are all different amounts).

I hope this helps

www.base52.co.uk
Posted by The Business Accountant at 05:23 No comments: 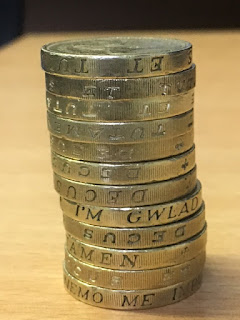 The increase in National Insurance contributions announced in the Spring Budget is the latest in a number of tax increases introduced by this government which have a negative impact on small business. The government is in need of cash and it seems like squeezing small business is a relatively easy way of swelling their coffers.

Let's explore the evidence for this. Recent tax changes targeted at small business include:
The case put forward by the government for making these changes is that they are 'Levelling the playing field' between 'self employment' and employment. I use the term 'self employment' in its broadest sense here to include those who trade via limited companies, usually as owners (shareholders) and directors (employees). So they have set about withdrawing all the relatively minor tax breaks which were in place to support risk-taking and entrepreneurship.

The issue here is that self employment and employment are not the same and in my opinion should not be taxed in the same way. Many of the smallest businesses are already struggling to make ends meet, particularly in the early stages of their business. Many entrepreneurs do not have a pension or if they do it is often inadequate. They don't get paid if they are absent or sick. All spare funds are often put into keeping their business going and paying their employees and other costs. An extra tax burden on top of this will be hard to bear and in some cases will have a significant effect on the businesses and their owners.

The dividend tax has been introduced without so much as a murmur of protest. For a basic rate tax payer the extra tax burden will be around £2,000 per annum. There were no marches on Downing Street, no petitions on Facebook and no outcry in the Press. The changes to the VAT flat rate scheme again have passed through with little opposition although the cost to a small businesses turning over say £50,000 will be around £2,000 annually along with an increased administration burden. The National Insurance increase has generated more resistance, not least as it went back on the Tories election manifesto pledge not to increase National Insurance, Income Tax or VAT. At the time of writing the government has said the change is 'fair' and it will go ahead.

So what is the conclusion to be drawn from this? Well it seems clear to me that this government does not understand or value small business and sees it as an easy target to hoover up cash. It's an easy target as the Tories are attacking their natural constituency. There has been little protest from the opposition to these tax changes. Small businesses seem to bracketed in with 'big business' excess and tax avoidance scams and as such are seen as fair game to squeeze a bit harder. The danger with attacking your natural supporters is that when things start to bite as they will soon, you find that you cannot take your core support for granted any more.

The UK is still a good place to do business. It's relatively easy to start up and administration, although burdensome, is simpler than in many other countries. If we take away all the tax incentives for business owners we will see more businesses failing and more entrepreneurs thinking, 'What's the point'? if an increasing chunk of their endeavours goes straight into the Chancellor's purse.  Small businesses are the engine for job creation, they give our high streets their diversity and colour, they are the big businesses of the future. We need to nurture and encourage them rather than squeeze the life out of them.

Posted by The Business Accountant at 01:43 No comments:

The power of forecasting 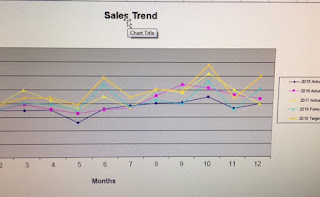 One of my annual rituals at this time of year is to prepare a detailed financial forecast for the next financial year.

It's part of my training as a management accountant and I spent many years as a retail accountant compiling company budgets and forecasts so I guess it is in my DNA now.

I've developed a simple but accurate template for this and with a day or so's effort my first draft emerges from the magic of Excel and I can reflect on how it looks. Inevitably it's below my expectations. After allowing for clients who have stopped trading or their circumstances have changed and factoring in cost increases and new costs, I'm usually left with something of a gap between where I want to be and where my forecast is pointing. So although a bit disappointing, that's not necessarily such a bad thing. At least now I know there is a gap and I can think about what to do about it.

The two ways to close the gap are more sales and reduced costs. I will always give a lot of thought to how we can increase sales - attract more customers, look at the services and value we offer to our existing customers and what new services can we offer. As far as cost reduction goes, a proportion of our costs are fixed but some are discretionary. I will look at these and ensure they provide good value for money and are affordable. So with some tweaking and decision-making I will start the financial year with a forecast that shows a good improvement on the previous year and a plan to make it happen.

In some ways this is the easy bit. It's the month in, month out effort to deliver the plan  which is the bigger challenge. I find this annual forecasting process really valuable and an essential part of my business routine. It gives me comfort that we have a plan to move forward and something to measure against during the year.

So here is to another good year with more sales, satisfied customers, more customers and more profit. That's what the plan says so we now need to roll up our sleeves and do it.

www.base52.co.uk
Posted by The Business Accountant at 06:51 No comments:

The Business Accountant
Founder and Managing Director of Base52 Accountants. Author of, 'Knowledge Bites - Bitesize Tips for Small Business Owners'